With only 10 days to the first race and over 1800 runners representing 31 countries, we spotted many world class athletes.

Among all of the athletes, many are joining 5 Days Italy straight from World Orienteering Championships. Scouting through the startlist you can find the French Lucas Basset (2 silver and 3 bronze medals at WOC and currently 7th in the World Ranking), the rising starts from Austria: the brothers Jannis and Erik Bonek (both world class athlete which we saw at the world cup finals in Italy in 2021), the Swedish Max Peter Bejmer (currently 5th in in the World Ranking and already well known at 5 Days Italy), the Danish Soren Thrane Odum (fourth in relay at WOC  last year  and previously also silver medalist at WOC).  But what about gold medalists? directly from Halden we have the Swedish Emil Wingstedt, 5 days italy amassador and 3 times gold medalist at WOC and four European titles. 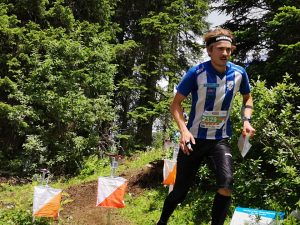 On the women side there are also countless champions: the Swedish Sara Hagström (two times World Champion), the other Swedish Elin Månsson (winner just few day ago at Venla Relay), the Danish Miri Thrane Odum (World Champion in 2014) and the Swedish Linnea Gustafsson (twice winner at WOC and overall World Cup winner).

With so many champions at the start we expect another wonderful edition of 5 Days Italy!
Let the countdown begin!