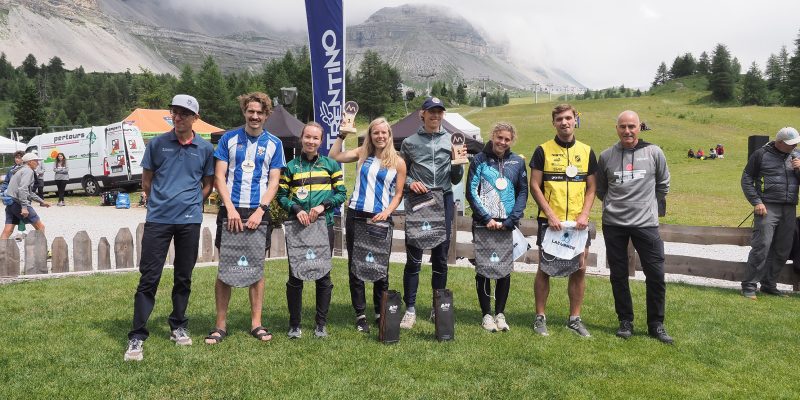 Finale with a… bang for the 5 Days Italy 2022
It is the evocative scenery of Grostè to host the final round, the one originally scheduled on Monday and then cancelled due to bad weather.
“A beautiful race” this was the unanimous comment at the end by the competitors, fascinated by the landscape, but also by the course whose difficulties exalt the abilities of the athletes, of all age groups. 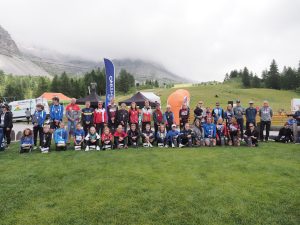 The first to cross the finish line are the very young and, gradually, it is a crescendo until they reach the top runners, namely those in the Elite category.
In the men’s field to sign his third success out of four is Oscar Sjoberg: behind him on the podium Max Peter Bejmer and Jorgen Baklid.
Among women, on the other hand, the en plein winner succeeds Sara Hagstrom, the authentic unchallenged dominator: behind her are Miri Thrane Odum and Ingrid Gulbrandsen.
Triumphing in the overall standings are Oscar and Sara, both Swedes who, in addition to uniting their names in this edition of the 5 Days, also do so in everyday life being linked by a love that is not only that of orienteering.
Rain drenched the awards ceremony greeting the success of an event that comes not only from the numbers.
But the gaze is already turned to the 2023 edition in Cadore with the announcement of an important novelty.
Emil Winstedt, the multi-time Swedish champion already an ambassador of the 5 Days, will be joined by Britain’s Megan Carter Davies, fresh winner in the sprint event at the World Championships in Denmark. 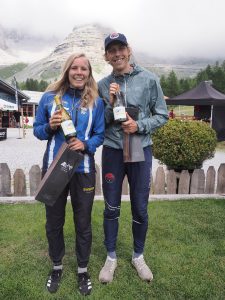 And, in addition to the athlete, the British national team will be at the upcoming Italian event, thus preparing for the World Championships in Switzerland.
Important names for a 5 Days that is growing more and more in the international scene.