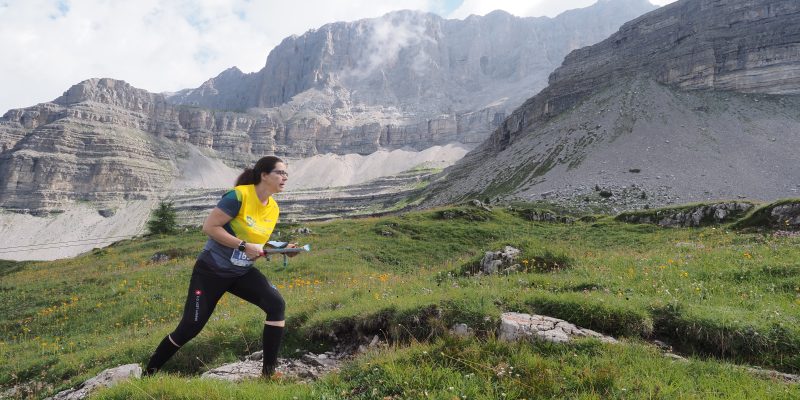 A month has passed since the 5 Days of Italy 2022 held in Madonna di Campiglio. Some orienteers met up again in Apulia, where the WMOCs were held, others returned home or continued their itinerary of summer competitions or finally went on holiday, putting aside their compasses and chips for once (and, let’s admit it once and for all, envying those who were competing in other competitions).

In the eyes of the organizing team of the the 5 Days of Italy, but hopefully above all in those of the over 1800 participants, the images of the Madonna di Campiglio arena remain, packed with participants and the occasional passer-by who found themselves involuntary witnesses of a sport in which the entire village becomes a competition ground; the memories of the Grosté terrain on Monday remain, with the flashing of lightning and the rumbling of distant and then ever-closer thunder, the incessant rain, but also with the sun on the last stage that flooded a terrain among the most unique in Italy and beyond; and finally the more classic forests of the Dolomites in the third and fourth stages at Passo Campo Carlo Magno.

There were certainly moments of difficulty that we tried to solve with your help and patience.

If there are points for improvement, tell us. If you had fun and received the welcome you were hoping for, tell your friends.

Already more than 300 competitors have registered for the 5 Days of Italy 2023, which will be staged in the mountainous backdrop of the Cadore Dolomites, under the Three Peaks of Lavaredo and with a stop in Cortina d’Ampezzo, the two-time Olympic city.

As the speaker said: ‘the world is just one orienteering map on a larger scale than the others: somewhere we will meet again to practise our sport together’. We look forward to seeing you in 2023!