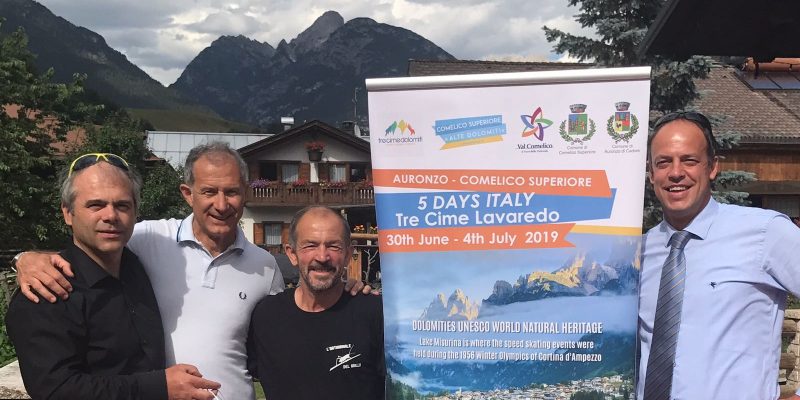 It’s official: the Olympic and World Champion in cross country skiing Maurilio De Zolt will be Sport Ambassador of 5 Days of Italy 2019 of orienteering, in Dolomites region of Comelico and Cadore.  He will be present at all stages.

De Zolt was born in San Pietro di Cadore and continues to live in his native land. Nicknamed “Grillo” (cricket) for his way of skiing, now he’s promoting the beer brewed in Cadore by his son and called “La Birra del Grillo”. 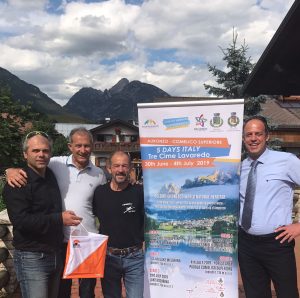 Some interesting facts about the area (source Wikipedia®):

Comelico is a mountainous region of northeast Italy (province of Belluno), 140 km far from Venice Airport.

The main village in Comelico is Santo Stefano di Cadore located at the junction of the Piave and the Padola rivers. The other villages included in this region are San Pietro di Cadore, Comelico Superiore and Danta di Cadore, all of which are part of the province of Belluno in the Veneto. 2 stages will be organized in Comelico (Padola)

Cadore is a historical region in the Italian region of Veneto, in the northernmost part of the province of Belluno bordering on Austria, the Trentino-Alto Adige/Südtirol and Friuli-Venezia Giulia. It is watered by the Piave River which has its source in the Carnic Alps.[2] Once an undeveloped and poor district, the former contado (countship) of Cadore now has a thriving economy based on tourism and a small manufacturing industry, specializing in the production of glasses. 3 stages will be organized in Cadore (one in Auronzo and 2 near the lake of Misurina / 3 Cime di Lavaredo)

Lake Misurina is the largest natural lake of the Cadore and it is 1,754 m above sea level, near Auronzo di Cadore (Belluno). The lake’s perimeter is 2.6 km long, while the maximum depth is 5 m.

The Tre Cime di Lavaredo also called the Drei Zinnen are three distinctive battlement-like peaks, in the Sexten Dolomites of northeastern Italy. They are probably one of the best-known mountain groups in the Alps. The three peaks, from east to west, are:

This website uses cookies to improve your experience while you navigate through the website. Out of these, the cookies that are categorized as necessary are stored on your browser as they are essential for the working of basic functionalities of the website. We also use third-party cookies that help us analyze and understand how you use this website. These cookies will be stored in your browser only with your consent. You also have the option to opt-out of these cookies. But opting out of some of these cookies may affect your browsing experience.
Necessary Sempre abilitato
Necessary cookies are absolutely essential for the website to function properly. This category only includes cookies that ensures basic functionalities and security features of the website. These cookies do not store any personal information.
Non-necessary
Any cookies that may not be particularly necessary for the website to function and is used specifically to collect user personal data via analytics, ads, other embedded contents are termed as non-necessary cookies. It is mandatory to procure user consent prior to running these cookies on your website.
ACCETTA E SALVA