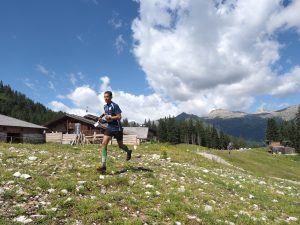 There is no two without three: this is the verdict of the third stage of the 5 Days of Madonna di Campiglio, which sees on the podium again the Swedish champion Sara Hagstrom, who imposed herself on her opponents with almost three minutes of advantage: behind her the second and third position were the Norwegians Ingrid Gulbrandsen and Jenny Baklid.
On the other hand, from the men’s side came the first surprises as it was Sweden’s Joakim Svensk who signed the success, stopping the stopwatch at a time of 38 minutes and 36 seconds: in an all-Swedish podium we find the multiple champion Max Peter Bejmer ten seconds behind and Oskar Sjoberg, who by virtue of his two previous victories, however, retains the overall ranking lead.
Among the youngsters spotlight on Norway’s Tilda Palm, who won the Under 20 category over three minutes ahead of compatriot Vendela Soderqvist.
“This middle,” commented course setter Fabio Hueller, “had some changes from the course that had seen us here in the first edition four years ago: in between there was the Vaia disaster and the construction of new cable cars, but this allowed us to create a new, original course with som

e natural obstacles. The vegetation is quite developed and this hid “difficulties,” such as branches and roots, from the athletes who therefore slowed down the race. The terrain, compared to the previous day’s stage, tended to be downhill, with dry soil, so the competitors really liked it.”
The scenery was still that of Campo Carlo Magno, but on the opposite side, with the sun shining throughout the duration of the race.
Grand finale on Thursday, July 7th, with the unique scenery of the Grostè to host the final race, which promises to be spectacular from all points of view.

This website uses cookies to improve your experience while you navigate through the website. Out of these, the cookies that are categorized as necessary are stored on your browser as they are essential for the working of basic functionalities of the website. We also use third-party cookies that help us analyze and understand how you use this website. These cookies will be stored in your browser only with your consent. You also have the option to opt-out of these cookies. But opting out of some of these cookies may affect your browsing experience.
Necessary Sempre abilitato
Necessary cookies are absolutely essential for the website to function properly. This category only includes cookies that ensures basic functionalities and security features of the website. These cookies do not store any personal information.
Non-necessary
Any cookies that may not be particularly necessary for the website to function and is used specifically to collect user personal data via analytics, ads, other embedded contents are termed as non-necessary cookies. It is mandatory to procure user consent prior to running these cookies on your website.
ACCETTA E SALVA